The conference titled “Cognitive Impairment Evaluation in Alzheimer’s Disease Using Eye Tracking” was held with the attendance of Dr. Mustafa Seçkin from Ludwig-Maximilians University Department of Neurology as a speaker on 5 March 2019, Tuesday.

Alzheimer’s disease (AD) and other neurodegenerative diseases cause progressive decline in brain function causing severe cognitive impairment. Clinical spectrum of AD ranges from asymptomatic periods to mild cognitive impairment and severe dementia. Thanks to the biomarkers, it is now possible to detect the disease in the mild cognitive impairment stage and even in the preclinical stage. Current clinical trials aim to remove beta-amyloid and tau proteins, which are being held responsible for the neuropathology of AD, with anti-amyloid and anti-tau drugs that remove the proteins from the brain tissue before they cause permanent neuronal damage. These promising developments also increase the responsibilities of clinicians regarding the early detection of AD. Neurodegenerative dementia syndromes most commonly present as memory loss (amnesia) and it is accompanied by language dysfunction in majority of the patients (%60-85). Language dysfunction may progress faster than memory function in some patients. Therefore, it is important that language function should be evaluated with the same care as memory function. Language dysfunction in AD patients especially affect semantic processes and cause problems with understanding. Because of insidious onset of the progressive memory loss, which is the characteristic of neurogenerative diseases, problems with understanding can be overlooked by patient’s family or even their clinician. In this presentation, it is going to be discussed how the innovative technique eye tracking is used in the early detection of cognitive impairment with examples from successful trials. Also, the superiority of this technique; which tests memory, attention, object-face recognition, over conventional examination methods and neuropsychologic tests is going to be pointed out. Lastly, early results of the trail, which the famous face recognition test in the eye tracking paradigm was applied to Turkish patients, are going to be shared with the participants. 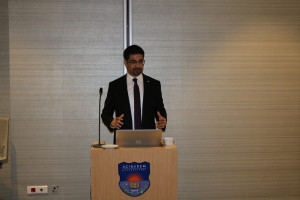 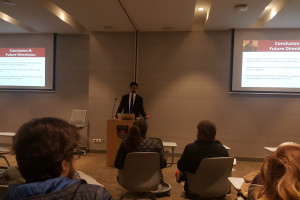 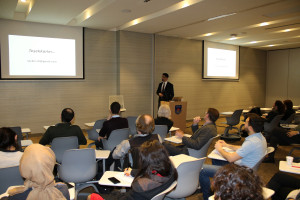