Gastronomic Meetings were crammed in March as well

The meeting titled “Recipes from the Past to the Future… One Match-Box Sized Good Nutrition” held on 20 March 2019 with the attendance of Chef Elif Edes Tapan. Generations X, Y and Z was discussed in general and how their characteristics affected their eating habits were pointed out. Elif Edes Tapan also signed and gifted her books “Yeni Evliler İçin Misafir Sofraları “, “Afrodizyak Yemekler-44 Tabak Aşk”, Tüy Siklet to our library.

About Elif Edes Tapan: Elif Edes Tapan, after graduating from Notre Dame de Sion French Girls’ High School, completed her training in fine arts/photography in Washington D.C. and Florence. She got her gastronomy education in Cordon Bleu, Paris between 1989-1990.

Starting with “Elif Gourmet” in 1993 and continuing with “Crema”, which was chosen as the best gourmet shop, she became one of the leading names in the fields of “Gourmet Shopping” and “Catering” in Istanbul.

She continued her work in a company called “Design Cuisine” in Washington D.C. After returning to Istanbul in 2002, she founded “Masa”, a private party place idea that got lots of attention.

Besides her duty as a trainer in Okan University Faculty of Applied Sciences Department of Gastronomy, Tapan provides consulting regarding private event and project organisation. 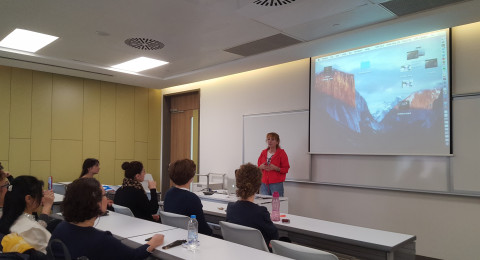 In the meeting, it was aimed to raise awareness on Slow Food, which is a movement that offers an alternative to the fast food habit, which threatens human life and environment, that conquered the world with the rise of globalisation.

Having lots of experience on Slow Food and Slow City concept, Slow Food Rain Borek Union co-president Ayfer Yavi shared her existing thoughts on projects regarding what Slow Food is, the movement in Turkey and the world; biodiversity and protection of the environment, patenting of the seed, standing against GMO, defending the right to water and sustainability of the traditional production techniques. 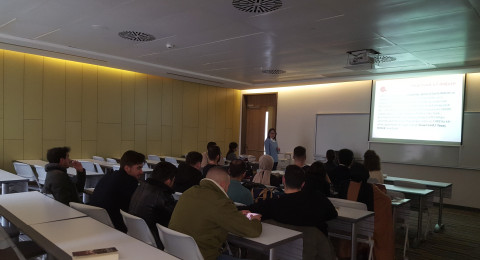 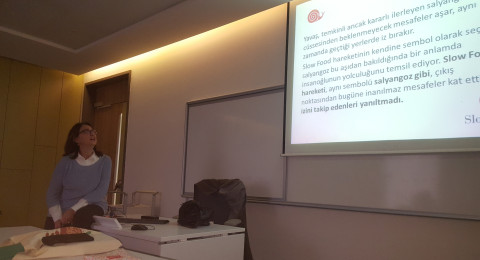