The founding rector of our university and head of Department of Neurosurgery Prof. Dr. Necmettin Pamir and the Dean of School of Medicine Prof. Dr. Yasemin Alanay ranked among the successful Turkish research working at respected research institution in the research “100 Turkish Scientists who Influenced Medical Sciences” by Turkishtime magazine.

Pamir is the first Turkish neurosurgeon to be selected to the World Academy Neurologial Surgery, top institution for neurosurgery in the world. He is a member of several neurology related foundations and associations. He is continuing his work at Acıbadem University.

In 2010, she was awarded Hacettepe University Scientific Encouragement Award. In 2011, pediatric genetics was recognized as a subspecialty of perdiatrics. Dr. Alanay was among the first physicians who received a subspecialty diploma. She received her professor title in 2013. Dr. Alanay contributed many multi-institutional projects in Europe and the United States, and elucidation of genetic reasons underlying many diseaes. Specifically, she is the first author of research projects on identifying genes of facial development and recessively inherited osteogenesis imperfecta. She identified two new genes in this area.

She is among the founders of Pediatric Genetic Diseases Association, and a member of International Skeletal Dysplasia Society, European Society of Human Genetics, Turkish National Pediatric Society, American Society of Human Genetics (ASHG), Turkish Pediatric Association. She has numerous articles in international peer-reviewed journals and book chapters. She wrote a chapter on the gene she identifies for “Osteogenesis Imperfecta” book, which was printed for the first time in 2013. Prof. Dr. Yasemin Alanay continues her work at Acıbadem Healthcare Group and she has been the dean of Acıbadem University School of Medicine since 2015. Her research interests include pediatric genetic diseases, skeletal dysplasia and societal impacts of genetic diseases.

In this research on Turkish scientists in medical sciences, writers used the largest abstract and reference database of research literature and high quality website, Scopus.

We congratulate our faculty, and wish for their continuing success. 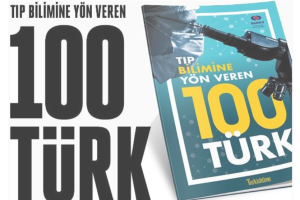